South Korea’s Ports: The Hi-Tech Nation with an Ancient Heart 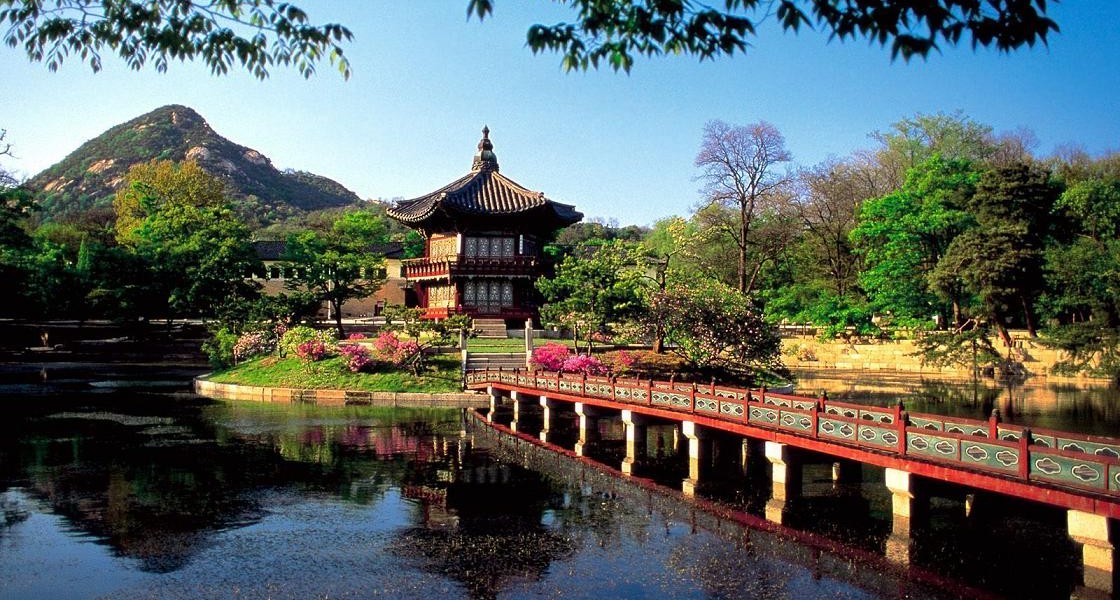 Korea is fast emerging as one of Asia’s most popular cruise destinations thanks to – firstly, its convenient position between China and Japan – and secondly, to its extraordinary recovery from a turbulent past. Today, around 100,000 British citizens visit the vibrant country every year to discover its misty mountains, buzzing megacities and delicious yet largely undiscovered cuisine. A Quick History of South Korea

South Korea officially came into existence at the end of WWII in 1948, when Korea was divided into north and south regions under a United Nations agreement, administered by the Soviet Union in the north, and the USA in the south. From this, two separate governments were formed, both of which claimed to be the legitimate ruler of Korea. After the catastrophic Korean War, both governments finally stabilised and set out on their own political trajectories. Today South Korea is led by a liberal democracy and has reared up from the ashes as a wealthy economy with a growing tourism industry.

Korea’s oldest port is also the world’s fifth busiest. Since the start of its development in 1876, the surrounding city has grown into a sprawling metropolis – a forest of cranes, skyscrapers and offices all dwarfed by the dramatic backdrop of mountains sheathed in mist. At night, the city comes alive with millions of glimmering lights and the beautiful Gwangan Bridge – the second largest in the country, can be seen from the bars along Gwangalli beach, reflected ethereally on the water’s surface.

As with most cruises, excursions on land can be short and sweet so it is vital to make the most of the time available. Here are some ideas for unmissable excursions around the giant city of Busan… With easy access from downtown Busan, this 2km stretch of golden sand is a must-visit on any cruise stop. Here the edge of the city gives way to the endless sapphire blue of the East Sea, a welcome relief from the people, traffic and high rise buildings that dominate this dynamic city. Bordering this famous beach is a huge choice of up-market hotels, new shops and luxury apartments. The state-of-the-art Busan Aquarium is located in the middle of Haeundi Beach and boasts over 35,000 species of fish, reptiles, amphibians and algae over three floors. There is also a fascinating ‘ocean bed walk’, which invites visitors to walk through an 80m tunnel beneath a tank full of colourful marine creatures.

The Centum City Department Store is listed in the Guinness Book of World Records as the world’s biggest shopping complex. As well as a huge selection of shops, the complex also offers entertainment including a spa and an ice rink, should you fancy a massage or a quick wiz around on some skates between shops. The building itself was developed by renowned Italian architect Claudio Silvestrin and an American architecture firm, under the concept of a ‘golden sea’ – reflected in the towering floors illuminated in a soft golden light.

Incheon Sea Port is widely seen as the Western world’s gateway into Korea, located on the northwest coast just one hour from the capital city of Seoul, Incheon is an ideal base from which to explore the staggeringly beautiful islands peppering the coastline, as well as the sites inland including ancient temples and the famous China Town built during the Ching Dynasty. This ancient 4th Century temple, with its traditional hat-shaped roof, extraordinary carvings and colourful payer wheels, is encircled by a fortress and nestled within a thick forest on Ganghwa Island. It was built when Buddhism first spread to Korea and it is now considered to be one of the most historically significant buildings in the country. The building houses a number of important structures, including the Yangheonsu Victory Monument and the Beomjong Bell. Visitors can also see where soldiers in the French Navy wrote their names on the wall to pray to Buddha for good luck in the war.

Amongst the ancient relics of a past Korea, a new world is being built. Just 30 minutes from Incheon is Songdo International City, known as a ‘smart city’. This $40bn project is expected to be finished in 2015, and will contain trade towers, schools, offices, hospitals, apartments and replicas of famous landmarks such as Venice’s waterways and New York’s Central Park. A huge amount of the cost has been invested in sustainability and 40% of the area will be reserved for green spaces including parks, bicycles lanes and charging stations for electric vehicles.

Jeju Sea Port is on Jeju Island, located off the south coast of Korea. The sea port offers access to the breath-taking Halla Mountain, a 1,950m volcano that has been listed as a UNESCO world heritage site. Places to visit include… This stunning National Park boasts six hiking trails leading through 153.112 sq km of land covered with an extraordinary array of flora, fauna and geological features such as the Geomunoreum lava tubes and crater lakes.

The Jeju Olle trails were first marked in 2007 and were designed to lead visitors around the island’s whole coastline. The trails are colour coded to indicate difficulty level, and range from three to seven hour hikes.

The Hanyeo, or ‘diving women’, are famous for their extraordinary ability to dive deep into the ocean to collect octopi and shellfish without the need for oxygen tanks. These women, nicknamed Korean Mermaids, have been diving in the waters around Jeju island since they were children. Some can dive up to 20m and hold their breath for over a minute.

If you’re feeling inspired to find out more about activities in Korea, visit the Go Korea website