Brits Expect Too Much from an EHIC 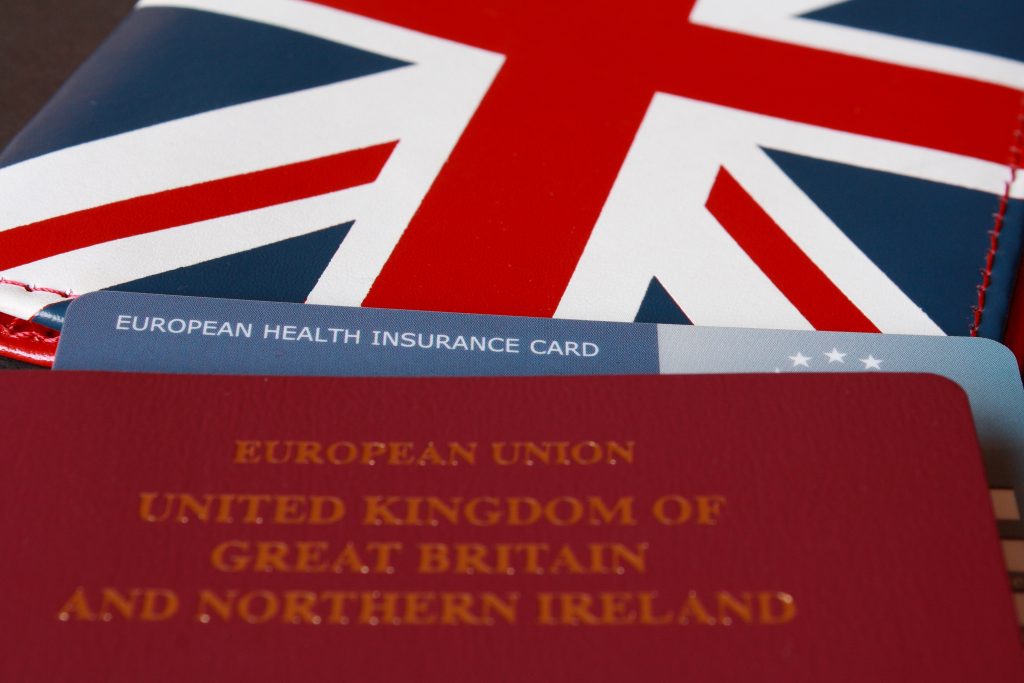 Nearly 7 out of 10 UK holidaymakers expect their EHIC to provide free emergency medical care anywhere in Europe, and 7% think it will get them home by air ambulance!

1 in 10 (10%) UK adults who’ve been abroad in the last five years have used an European Health Insurance Card (EHIC) to get free or reduced cost medical treatment whilst travelling in Europe. However, although it is the plastic everyone should pack for a European holiday, according to new research from GoCompare Travel, the vast majority of UK holidaymakers over-estimate the benefits it can provide, with 69% believing it entitles them to free emergency medical care anywhere in Europe and 6% believing it will get them free emergency medical treatment anywhere in the World.

An EHIC is extremely useful and can save you money on emergency medical expenses, but its benefits are not as comprehensive as many people think. Worryingly, 6% of respondents saw having an EHIC as an alternative to having proper travel insurance rather than something which complements it.

The European Health Insurance Card (EHIC) is free to most UK residents. However residents of the Channel Islands and the Isle of Man are not eligible for EHICs. Parents and guardians can apply for EHICs for those aged under 16 and each member of a travel party must have their own EHIC.

An EHIC entitles the bearer to the same level of state medical care provided to eligible nationals of the EEA country they’re travelling in. This is important because the provision of state care varies from country to country. Healthcare and treatment may not be free and you should not expect to always be treated as you would if you visited your NHS doctor or hospital. Not all EU countries pay the full cost of medical treatment as you’d expect from the NHS. For example, in France a patient may be expected to pay for a consultation with a doctor but will have up to 70% of the cost reimbursed later. The patient may also be expected to contribute to the cost of staying in a hospital overnight.

Where you can use an EHIC?

An EHIC will be useful in all European Economic Area (EEA) countries including Switzerland. The EEA includes all 27 members of the European Union (EU) plus Iceland, Norway and Liechtenstein. However, the EHIC is not accepted in a very popular holiday destination for British tourists, Turkey. As Turkey is not a member of the EU or the EEA anyone needing medical while on holiday there will have to pay for it themselves or claim on their travel insurance. Even if you’re travelling in a country where there’s free or discounted emergency health care, there are also no guarantees that in the event of an accident an ambulance will take you to a state hospital for emergency treatment. Many of the smaller hospitals and clinics found in holiday resorts around Europe are private. If you end up at a privately run clinic or hospital your EHIC may not be accepted for any treatments.

Will an EHIC get you home?

In short, no. Although 7% of holidaymakers who responded to the survey believe that an EHIC would entitle them to medical repatriation by air ambulance if they were seriously ill or injured in Europe. The reality is that you will need a good travel insurance policy or generous friends to pay the several thousand Euros it would cost to bring you home under medical supervision. The government generally doesn’t pay for British holidaymakers to be flown home unless there are very unusual circumstances. The costs of a medical repatriation can be enormous – according to one insurer, the cost of flying one seriously ill British holidaymaker home from the Canary Islands by jet air ambulance was nearly £23,000. In most cases the costs will be covered by a reasonable travel insurance policy but without that cover, friends and family may end up footing the bill to get you home.

The EHIC and Brexit

In research carried out before the EU referendum, 23% of UK holidaymakers felt worried that a Brexit would mean they would lose valuable medical protection provided by the European Health Insurance Card. 2% of respondents to this survey believe we lost the benefits of the EHIC as soon as the referendum result was announced. However, the EHIC is an initiative of the European Economic Area (EEA) rather than the European Union (EU) so whether or not UK citizens will keep this reciprocal benefit depends on how deep the Brexit goes. Regardless, nothing will change until the Article 50 negotiations to separate the UK from the EU are concluded in 2019 at the earliest.

Norway, Iceland and Liechtenstein are members of the EEA but not the EU and all three accept the EHIC so the UK could possibly take this approach. Switzerland is neither a member of the EU or the EEA but still accepts the EHIC as part of the single market. Also, the UK already has reciprocal deals with a number of countries, including Australia, Israel and Russia, under which visitors can receive free urgent treatment. So even if it was no longer part of the EHIC initiative, it might agree similar deals with EU countries

Unfortunately there are several online companies charging anything from £14.99 to £35.00 to help you apply for a free EHIC. You really don’t need to pay for an application service. It’s a very straightforward, 10 minute application on the official government website: https://www.ehic.org.uk

Amanda Bathroy, insurance editor at GoCompare Travel commented: “69% of UK holidaymakers believe that the EHIC provides far more protection than it actually does. It may come in handy on a European holiday, but it shouldn’t be seen as an alternative to the medical expenses cover provided by a good travel insurance policy. An EHIC can help you to get free or discounted emergency medical services in state run clinics and hospitals whilst on trips to Europe, but it’s not a guarantee that you won’t have to pay anything. Having an EHIC may mean that you don’t have to claim on your travel insurance for minor injuries in some circumstances, and some insurers will waive the policy excess for medical claims where you’ve used your EHIC but where it doesn’t cover the full cost of your treatment. But holidaymakers should always arrange suitable travel insurance to ensure they’re covered for all emergency medical treatment and medical repatriation if necessary. An EHIC complements your travel insurance but it certainly doesn’t replace it.”