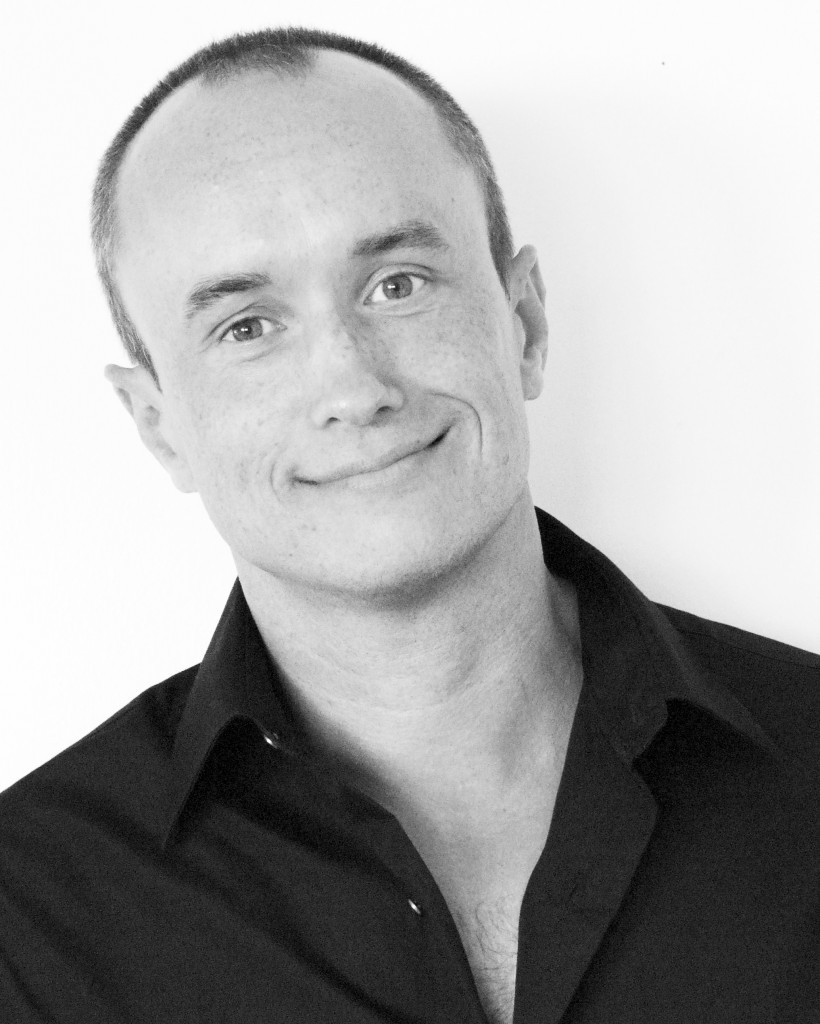 David Charles Manners – accomplished author, composer, performer, set designer and yoga teacher, has spent the last 21 years of his life living between the South Downs and the Bengal Himalayas, where he runs a charity helping underprivileged, ‘forgotten’ people on the Indian subcontinent.

David has recently published his second book, Limitless Sky, which documents his first meeting with a Nepalese shaman in the foothills of the Himalayas – a wise old man who changed his life by teaching him the practical and ancient philosophy of tantric yoga. Through a series of grueling initiations, David was taught to aim to live fully and joyfully with purpose, and to acquire self-knowledge without self-interest. By sharing his incredible story and insights, David hopes that we, too, may benefit from his jhankri’s lessons.

In this exclusive interview with Ocean View, David reveals his motives for writing the book, ponders the purpose of travel and describes the intoxicating, overpowering beauty of India…. Why did you decide to write Limitless Sky?

Limitless Sky slots into my first book, In The Shadow of The Crows, which describes a journey I undertook alone in my 20s when I went to India, travelling from one coast to the other, driven by a desire to find the place where my dad grew up.

It was driven by childhood imagination – all my bedtime stories were based around his family’s life in India. I got to the point where I wanted to go and see this for myself. But also to find out the truth about my Great Uncle Oscar, who was a childhood hero of mine. He was a tea planter and my grandmother used to tell me secret things about Uncle Oscar that the rest of the family said were untrue. So at this point, I wanted to find out what really happened. She had said that he’d taken local wives, had children that he would hide under the floor when Europeans came to visit. His house was on the route up the hills from Darjeeling up to Everest, so all the expeditions would go past his way – he entertained people like George Mallory and so forth.

And so I went to find what was left of his life. I thought I’d just find his grave, which was all my grandmother asked – ‘bring back a stone from Uncle Oscar’s grave’. But what I discovered was that her whispered stories were true, and that he did in fact have a family, and he had taken a local princess as a wife. And the people there told me the same thing: that when expeditions got to Mt Everest, he’d hide his family under the floor. The Church of England in India wouldn’t marry mixed blood relationships, so to keep up appearances, to show his face in the club, he had to keep his wife and children hidden away. Making this discovery and finding out that I had 30 plus blood cousins still living on the family estate, opened up a whole new world for me. Part of that new world was discovering the Tradition, up in those hills. That was a very unexpected route, which I’d never imagined but it gave me access to depths of their culture, that hill culture which is very distinctive in the hills around Darjeeling and Kampur, in the East. Because of this blood connection, it gave me access that, if I’d been an ordinary tourist heading through with my backpack, I would never have had access to.

People talk very tritely about travel changing their lives – but this really was a journey that completely changed my life.

He [the jhankri] gave me permission to write about it. It’s taken me a long time, because this all started 25 years ago. I didn’t think I could write about it because it seemed so personal. It’s an extraordinary thing to go through.

Is it difficult writing about such personal experiences?

To be honest when I first wrote the book it wasn’t so personal. But the publisher said they wanted more of me in it – my personal journey. So it wasn’t simply passing on the lessons I was taught but actually describing the route that I had to undertake.

Writing has always been a passion, since I was very very small. I used to run away a lot from school, I was very unhappy. Right from infant school. I used to run all the way home, which was a long way. I’d go and hide in a tree-house at the end of my garden, thinking that no one would ever find me – but of course I’d be found and then dragged back to school. I had a headmistress who decided I had some ‘issues’, as they were called. She sat me down and said: ‘don’t worry about the lessons today, I just want you to write me a story’. So I wrote the story and filled a whole textbook with it, and she entered it for a competition. I got third prize. That was a really light-on moment. I realised this was something I could actually do. For years I used to write stories for nobody but my brother. He used to hate them. He wanted stories about trains and cars, which didn’t interest me at all.

Did the writing process diminish or enhance your memories in any way?

I find writing about my experiences enhances them. Having to find language to convey a sense of place, to evoke a foreign atmosphere in a country that many people would probably never visit, is very challenging but also very satisfying – especially when people say that they feel it’s worked.

Particularly with this personal journey, putting some of it into words was more emotionally difficult than I thought. The sensual experience in India is so intense because everything is working at once in a way that I’ve not yet found anywhere else I’ve been. There’s an intensity to life in India. An intensity that smelt, and all the senses are on fire. It sort of becomes addictive. I’ve heard other travelers talk about this. There’s something about India – it’s a very tough place to travel in, but there’s something about it that makes you have to go back.

It’s not always a pleasant sensation but there is nowhere I’ve been that I feel more alive than in India. What first captivated you about the idea of travel?

The stories played a major part in that, because to know that ancestors and close family had gone on extraordinary adventures made it possible for me to do the same. It planted the seed that the world was actually accessible. I had a family that was very passionate about stories – about passing on the family history. That was very important because it fired my imagination. It gave me a hunger for the world, for different cultures. Some of my relatives had extraordinary experiences. Some not so great – I had a great uncle who was eaten by cannibals in Papa New Guinea. But it didn’t put me off at all. There was a romance about travel.

What’s the best way to gain a sense of fulfillment from travelling?

It sounds obvious in a way, but put aside your preconceptions. I’ve observed it many times when western travellers, particularly going East and to South America, have a certain level of cultural condescension with the assumption that, because generally we live in clean tidy places, the places that are not clean and tidy are somehow lesser. And yet, I learnt very quickly on my first journey that the only way to find the pleasure in the experience was to put aside all those cultural preconceptions, and put away the fear. Because I recognised that I was getting quite anxious that things were so different. But in fact I have found across the world, wherever I have been, that if you are open to experience other people’s culture and to communicate with local people, people are extraordinarily warm and generous and eager to share their version of the world. For somebody who hasn’t travelled widely, that would be my principal advice I think. Connect with the local people and put aside your preconceptions. Has your experience of travel changed now that you practice the Tradition?

Yes, I think my experience of travel has changed because of what I’ve been taught. Particularly during the initiation part of it, I had to challenge my preconceptions, and face me fears in many different ways. That made me very confident. I used to be very shy – I was brutally bullied at school and I was very timid and socially awkward. I didn’t actually think I’d survive my first trip because I was so overwhelmed, and it was so far from everything I was used to. But what I’ve learnt about understanding myself, accepting myself, resolving the conflicts that I had with myself and with the world, travel has become far richer, and putting aside my own fear has been the major thing for me. I’m now much braver at communicating with people, being willing to step into someone else’s world. Some of the crazy things I had to do in there – I was blindfolded and put in a cave for days on end, left alone so I couldn’t hear or see. It really pushes all your buttons. After going through those sorts of things, nothing else seems quite so scary anymore. If I can do that, I can handle a crazy local market or whatever it is. Also, it’s given me far greater faith in human nature. Because of this legacy of bullying and other stuff, I was very anxious and fearful of people. These years of teaching have really unraveled that, which means that I am more able to connect with people.

It’s true that people are by nature warm and generous.

Do you think being alone offers a different experience of travel?

Travelling alone offers a very different experience. There are benefits to it and there are other things that aren’t so great and at the end of the day there is great pleasure in having somebody you can say ‘oh, remember when that happened, what do you think about that?’, but travelling alone is good for a writer because – if you only have your pad, or your journal to get it all out and describe it, explore what it’s provoked for you, that’s really great. I would recommend it to anybody who actually wants to write about travel – they need to go alone. It intensifies the experience. It forces you to have to engage with other people and not just your travel buddy. David gives us an introduction to his book in this video:

To find out more about David’s charity, please visit the Sarva website