Time Travel Along the Nile 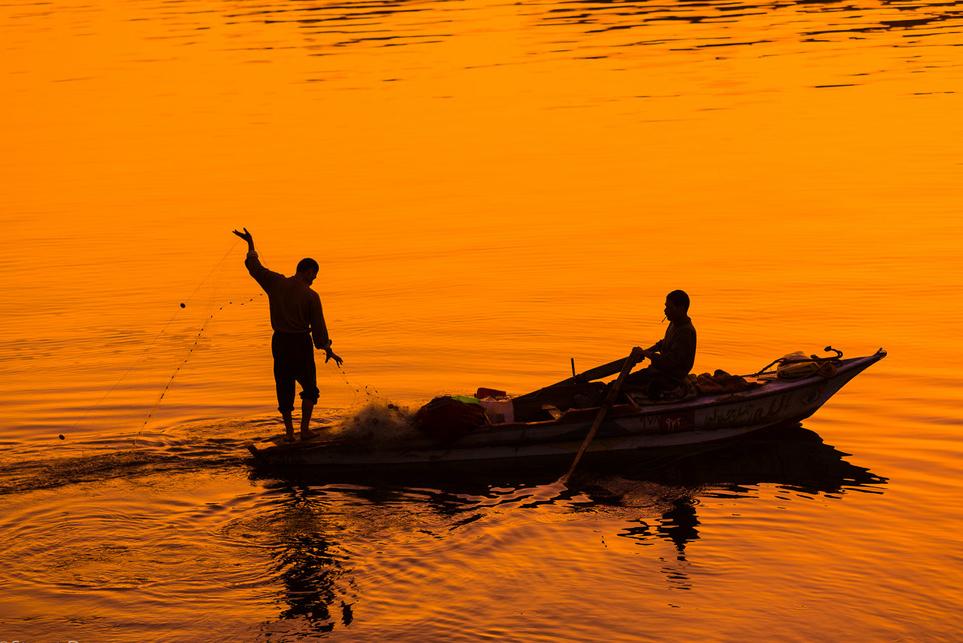 Walk in the footsteps of the Pharaohs along the Nile Valley

Located in the northeast corner of Africa on the Mediterranean Sea, Egypt offers an easy escape to paradise just a five hour flight from London. Home to colossal ancient monuments, expansive desert landscapes, the world’s longest river and the stunning Red Sea Riviera resorts, the timeless tourism destination of Egypt is steeped in rich culture, attracting travellers to its glittering golden shores since classical times.

A cradle of civilisation, Egypt offers a vast collection of cultural experiences spanning thousands of years of history. With its sand-covered tombs, bustling bazaars and souks peppered with exotic wares, multitude of museums housing an array of well-preserved artefacts, and of course the lush Nile Valley with exquisite Pharonic temples and waterside tombs basking on its fertile sun-kissed banks, Egypt brings out the explorer in everyone. Surrounded by cinnamon dunes and tropical vegetation, a Nile cruise is the ultimate gateway to experience authentic Egypt. Wake to the soft light of the morning sun reflecting off the sparkling river and witness the continued practice of age old traditions unfolding in front of you: fishermen casting their nets, farmers tilling their land, intimate feluccas sailing to secluded islands at a lazy pace alongside floating water buffalos and ancient monuments representing millennia of history standing proud along the river banks. Flowing from South to North, the river Nile has been the lifeline of Egypt since ancient times; a source of life and prosperity bringing fertility to the soil and creating a valley where communities have thrived from the earliest times. Acting as the country’s main artery; the mighty river is a vessel along which the riches of one of the oldest civilisations in the world are easily accessible to most holidaymakers. In addition to ancient sites, typical cruise itineraries will include a traditional Galabeya Party, and optional excursions such as an afternoon of felucca sail around Kitchener’s Island, a botanical paradise, and a visit to the celebrated Temples at Abu Simbel.

In Luxor, once an Ancient Egyptian capital and known today as the world’s “greatest open-air museum”, visitors can discover a wealth of world-class wonders. From the replica tomb of the famous boy king, Tutankhamen, in the renowned Valley of the Kings, to the magnificent sunset views at the majestic temple complexes of Karnak and Luxor, and the celebrated temple of Queen Hatshepsut and Colossi of Memnon, Luxor is a paradise for all culture vultures.

Divided by the Nile into the East Bank and West Bank, Luxor held a place of great cultural significance to the Ancient Egyptians, symbolising life and death respectively. Where the East Bank thrives as a bustling modern city draped with emerald flora, the West Bank is home to well-known preserved necropoli and beautiful mortuary temples such as The Valley of the Kings, Valley of the Queens, Workers Village and Temple of Medinet Habu. Situated on the ancient site of Thebes, the Valley of Kings is an impressive ancient burial ground for many of Ancient Egypt’s well-known rulers. Secluded within a wadi formed over millennia by rainfall and water runoff, the site is home to 63 tombs, including those of King Tutankhamun and Ramses IV.

Located close-by, the resting place of the wives of Pharaohs as well as princes, princesses and various members of the nobility, the Valley of the Queens lies hidden away in a remote ravine. Painted with scenes depicting Queen Nefertari being guided by gods, Queen Nefertari’s tomb in the Valley of the Queens is renowned as one of the most beautifully preserved in the country. Rich with chronicles of the past, the Temple of Luxor stands as testimony to the enduring legacy of Egypt’s history. A walk through the complex reveals the contribution of many pharaohs in the construction of the temple over the years. Statues and reliefs from Tutankhamun, Queen Hatshepsut, Ramses II and Amenhotep III can all be seen etched across the walls, tracing years of great Pharonic lineage, while the Mummification Museum further into the city presents all visitors with an insight into the art of mummification. While mummified animals are a unique collection to the museum, visitors will also discover the tools, embalming materials, amulets, coffins and Canopic Jars that were used as part of the preservation process.

Home to the Temple of Amun – the largest place of worship ever built – the Karnak Temple Complex is made up of three main temples, several small temples and a sprinkle of outer temples hemming the perimeter of the grounds. Celebrating the achievements of generations of ancient builders over a period of 1,500 years, it was one of the Ancient Egyptians’ most sacred sites and still today the size, complexity and diversity of the structure remains unmatched anywhere else in the world. Whenever you go, Egypt is characterised by its year-round sun and warmth, as the sun shines for 11 hours during the summer, with temperatures reaching 39°C, and eight hours in winter, seeing temperatures averaging 26°C. All this sunshine, combined with Egypt’s fascinating cultural history, makes this the ideal place for a cultural getaway this Autumn.

It’s also worth checking out their UK Facebook page